Okay, let's continue with the Malta trip photos, shall we? Before I started, though, I'd like to say that because there were four of us, we decided to use the Airport Transfer facility to get to our hotel. After we arrived, we found the Airport Transfer desk easily, so we booked the two-way transfers right away. Then we were told to wait outside (there was another Airport Transfer desk near the waiting area outside). Unfortunately, we had to wait for over 30 minutes (after 30 minutes, I came back to the desk to complain and even then we still had to wait some more) as apparently there weren't anybody else (yet) leaving to the same direction. The other four or five groups (who stayed in a different area) could leave the airport within 15 minutes already. Thankfully it was already over 8 pm, so it wasn't scorching hot to wait outside, but we were worried that MIL would've been way too tired already.

R2 and I both agree that the airport transfer in Malta wasn't as effective as the one we used in Budapest. However, at least we didn't have to wait too long for our car back to the airport (only 10 minutes after the appointed time). Oh yeah, we paid €10 per person for the two-way airport transfer.

Okay, now on to the photos. One day we decided to go to Mdina/Rabat area. We actually decided to go there the day before, BUT turned out the bus going there only left every hour. Although there were three different bus who go to that direction at different times (every hour for each of them), but still when we missed the first bus, we had to wait for a long time. That's why we decided to go elsewhere that day and we made sure we were in time to catch the first bus to Mdina the next day. We were a bit worried that there would be no seats left as the journey would take around 70 minutes. Luckily for us, though, there were plenty of seats. Phew!

Actually, even for shorter distances, a lot of bus drivers in Malta were a bit crazy whenever they hit the brake to stop their buses and it was tough for MIL who has bad legs. One time the bus was totally full, so we had to stand up. A woman with her son were sitting on the front seats and she immediately got up to give MIL her seat and she had to stand up for the rest of the journey (30 minutes). Very thankful for passengers like her!

When it was time for us to leave Mdina, we were SO lucky that when we got to the bus stop, 20 seconds later a bus arrived and again we found seats. :-D After all, it was such a hot day and we were tired already. Since we didn't buy any bus card, we had to pay €2 bus fare per person for each trip.

Here are some photos taken in Mdina/Rabat area. We went to a church, a museum, and a catacomb (which was rather tricky to find) since we bought the Combo Ticket. 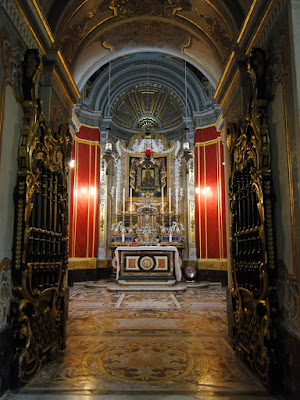 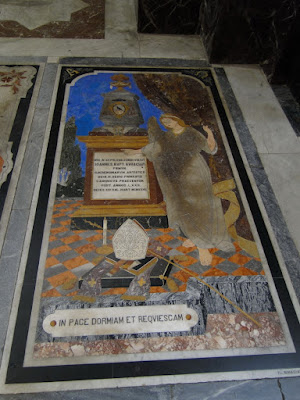 The next few photos were taken from the museum. 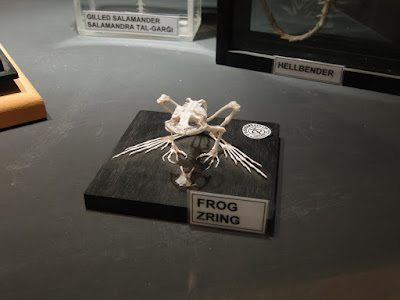 The giant squid and my hand. OK, OK, to be fair, my hand is more like a kiddo's hand in size (probably a 10-year-old kid LOL), but the squid is close to 1 metre long. 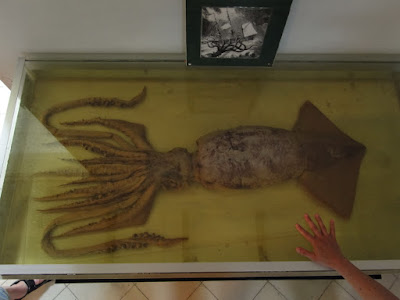 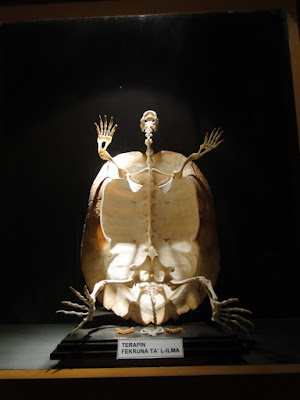 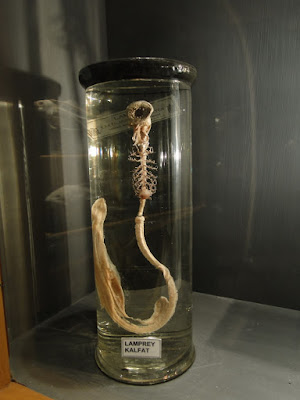 The photo below was taken in St. Paul's Catacomb. In some places it was so dark that R2 had to use his mobile's light to guide the way. The steps in some parts were rather tricky/slippery as well, so we had to be careful. It was a fascinating place, though. 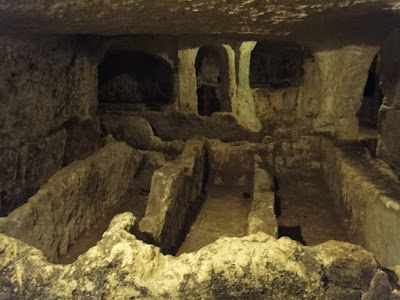 One of the many colourful windows/doors in Malta. 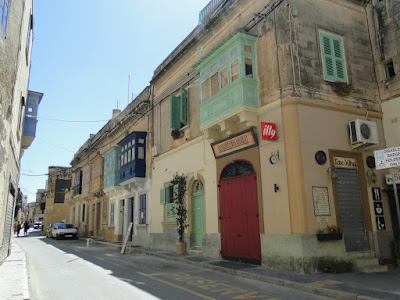 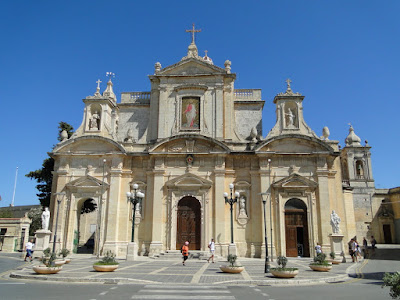 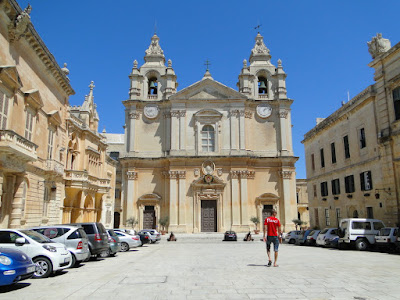 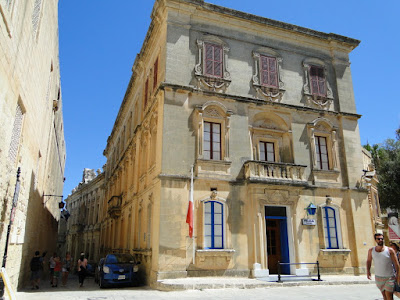 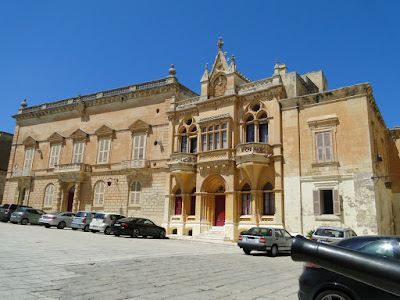 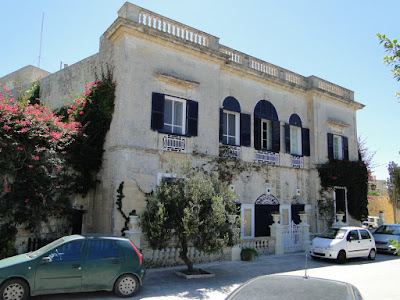 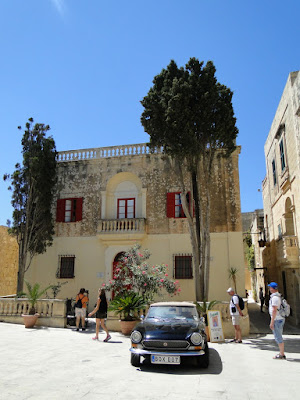 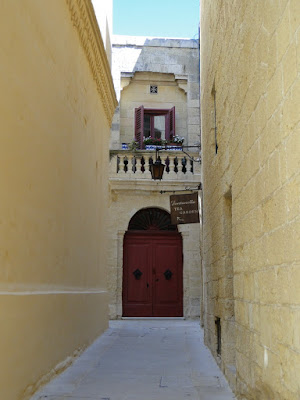 Last photo: a funny toilet notice we found somewhere. Mind you, the toilets were quite low, especially for men he he he... 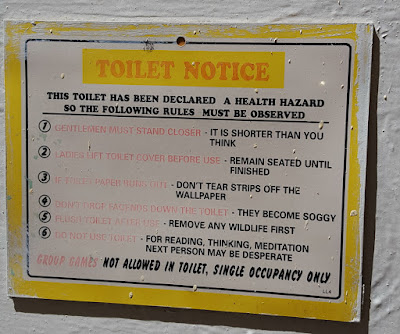