Yesterday eve after work we went to my in-laws' to spend a night at the cabin near their house. It was a fun night! :-D

Anyway, it had been a cool week prior to today (temperature ranging from 3-6'C at night and around 14-18'C during the day) and it was cloudy and rainy, too. However, yesterday was slightly warm and today was HOT!!! I didn't even want to go to sauna. I took a nap for a while on the swing after watering all MIL's plants. It was tough work 'coz first you've gotta use the pump to get the water and then carry the water around the huge yard.

I also got to videotape my MIL when she harvested potatoes from the ground for us to eat. She plants potatoes in summer and this time I had my camera ready when she came out to get them ha ha ha...

I also got to take these photos... 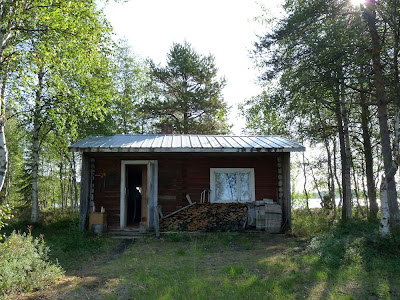 Here was the view that greeted us in front of the cabin when we walked there at around 8.30 pm. Arttu has warmed up the sauna and he swam three times (skinny dipping) in between our time spent in sauna. I cooled off simply by going outside 'coz it was such a windy night. 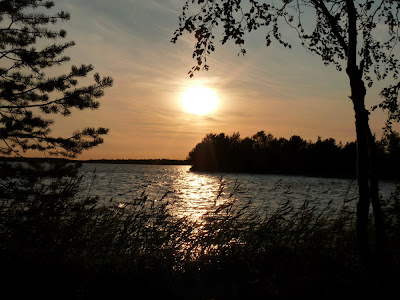 And here's the view that greeted us from behind the cabin in the morning at around 10 am when we were about to leave it behind. I just LOVE the sparkle of the "diamonds on the water". 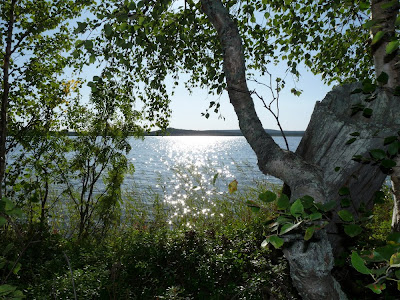 And yes...autumn is coming soon. Actually it's rare that it gets this HOT still at the end of August (around 22'C). Last year it was already cool enough outside that I had to wear my jacket outside. 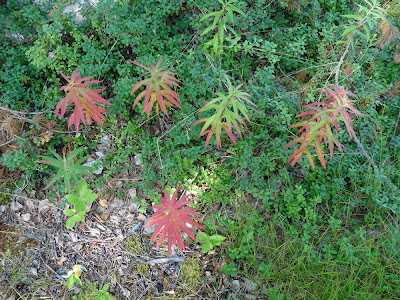 And of course there were still plenty of bees and butterflies around the yard. I took over 20 pictures and only got THREE good ones. :-D Still it's better than nothing. Here they are from different angles he he he... 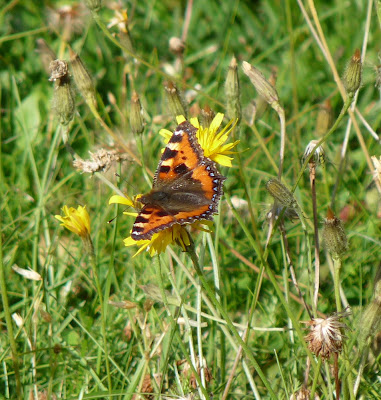 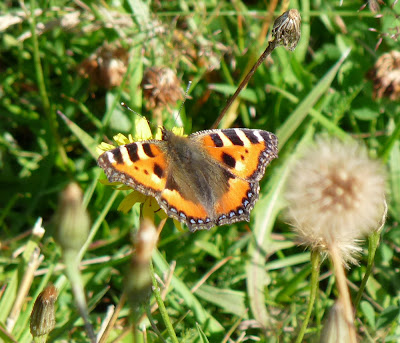 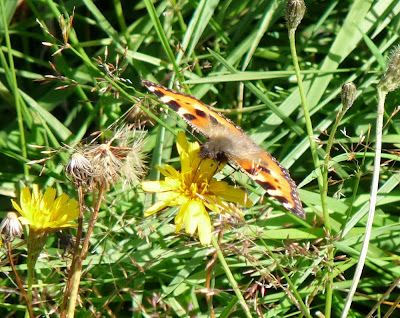