Yesterday Arttu, his brother, his girlfriend, and I helped build a small "tent-like" garage for my MIL and FIL.

It was a warm day for mid-August, around 18'C, even though the wind could still be cool when it blew hard. We had a bit of a hard time while making the garage since the wind blew SO hard before we could put some stakes on the ground, so the four of us had to hold the four ends so that it wouldn't be blown away by the wind. Here's a pic of the garage once it was done: 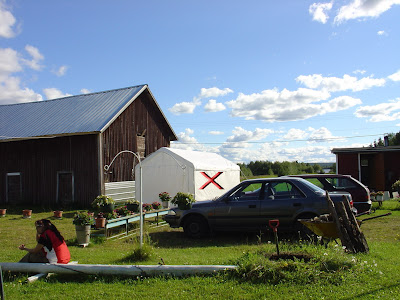 If you notice the "white pole" on the ground, that was the fallen flag pole he he he...

And here we are posing in the garden:

This bug crawled on Arttu's brother's neck and when he flicked it away, he accidentally "severed" one of his antennas. 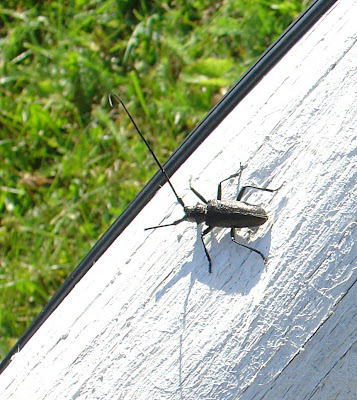 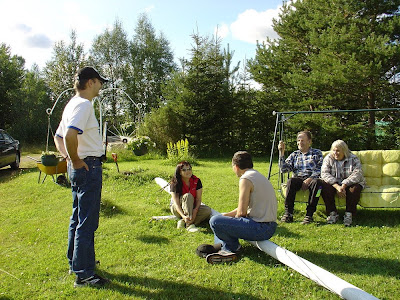 We didn't do anything much, just enjoying ourselves and talking. I understood well some of what they were saying to one another, including some jokes, so that was good practice, too he he he he he he he...;-D