Where were we the last time? Oh yeah, we were on our way to Pori. I took some pics on the way to Pori. Here they are: 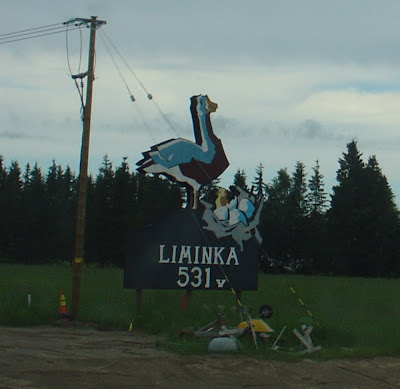 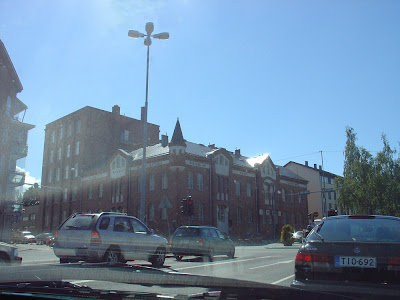 Finally we arrived at my BIL's and SIL's place. Arttu was left home since he was tired, so my SIL and I went SHOPPPINNNNGGGGG!!! She took me downtown, but only to the cheap(er) stores. There are HUGE discounts everywhere, since summer is soon over and autumn/winter fashion will be out again. Below is a pic of downtown Pori: 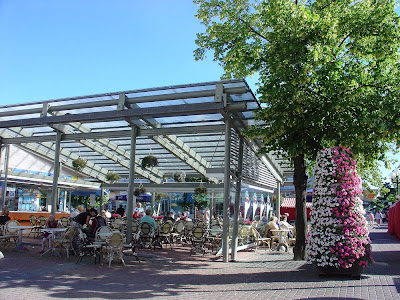 Here's a pic of my beloved SIL and our HUGE salad dinner. We didn't manage to eat the entire plate since it was such a HUGE portion he he he he he... 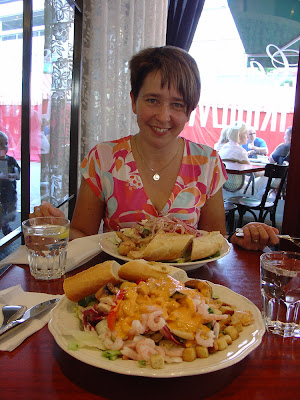 And after we got back to her place, I took pics of her beautiful flowers: 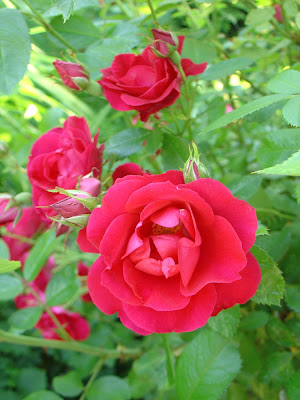 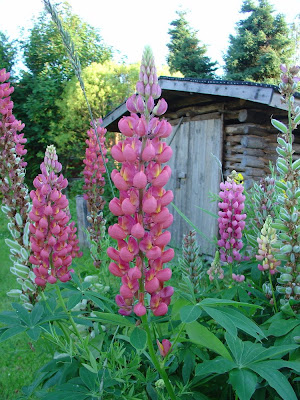 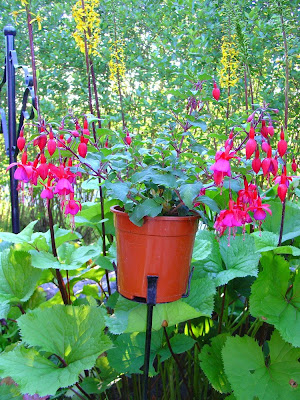 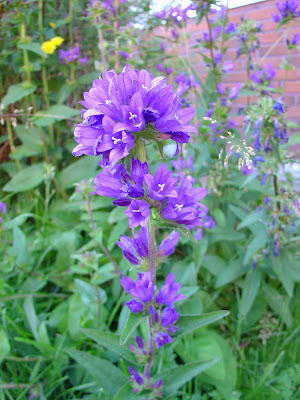 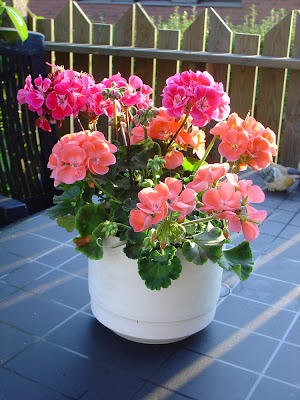 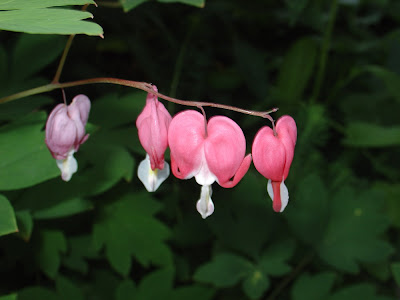 The next day my BIL and SIL still had to work, so in the morning Arttu and I went to Yyteri beach. Unfortunately it was SO windy and cold there, but there were still some people SWIMMING!!! I can't believe it!!! Look at my outfit HE HE HE HE HE...After a while, my ears got so painful that I had to put on my hood!!! 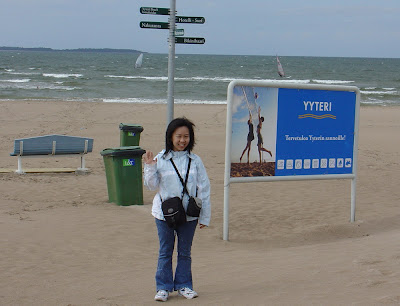 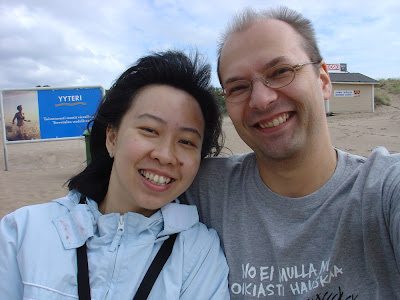 Near that beach there's this observation tower, so we went there to view Pori from above. 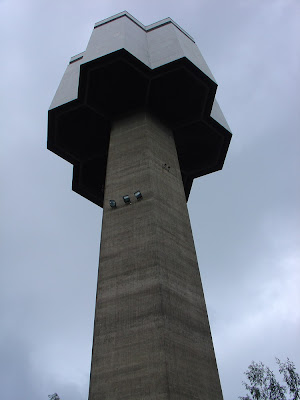 Here's one of the pictures. Yep, it was a cloudy day then he he he... 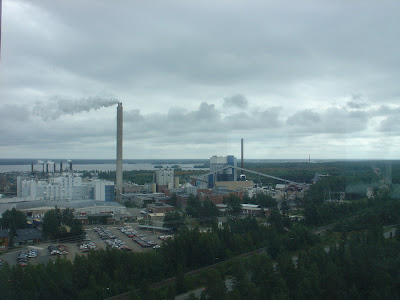 After that we had lunch in one of the restaurants at the beach and then we headed downtown again. Boy, it was HARD to find a parking place. We finally found one farther away from downtown, so we walked there. After we were finished, we got lost HA HA HA HA HA HA HA HA HA HA...Glad we had our GPS with us, so we sat on this bench to find our way back to the parking lot where we parked our car. 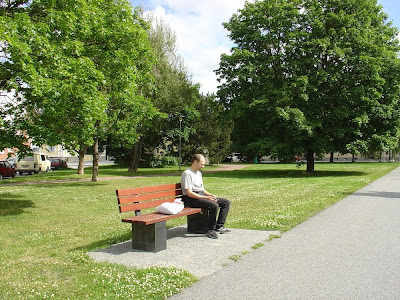 Anyway, I was confused on what to wear since it was an outdoor area and the weather prediction was bad (cloudy and cold). So I decided to put on my thin long john pants underneath my trousers and I also put on a tank top underneath the blue T-shirt and I brought TWO jackets with me!!!

And look at the weather now! It was SO HOTTTTTTTTTTTT!!! Maybe there were so many people praying for good weather so that it became like this! I couldn't bear it he he he he...

We had to walk from the parking lot to the park and there were SO many people thereeeeeeeeeeee...We had to cross a bridge in order to get to the park where the concert was held. Here are some pics I took: 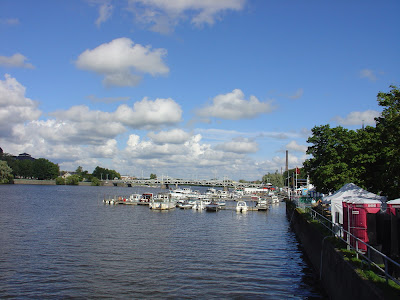 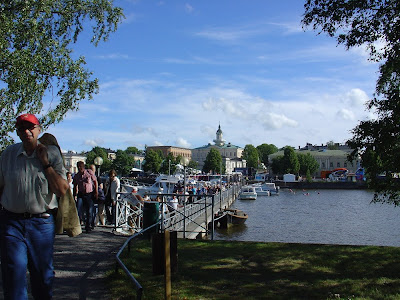 And here's the stage: 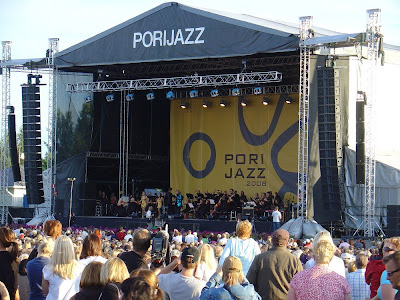 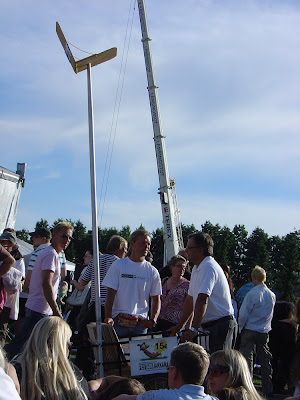 More and more and more people came in after us...We arrived there already at around 5 pm even though the concert only started at 6 pm, but there were so many people already! 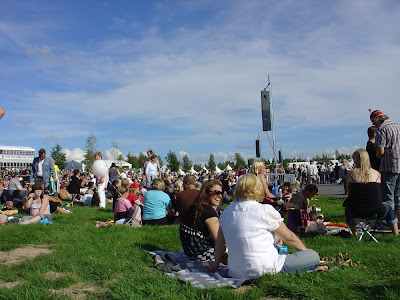 Since the weather turned out to be so hot, even before the concert started, I went to the toilet to take off my long john and I immediately took off my T-shirt he he he he...Now I felt MUCH better!!! ;-D 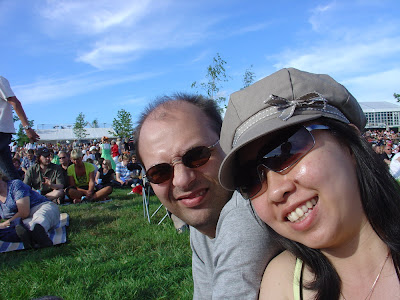 Here are some more views around the area: 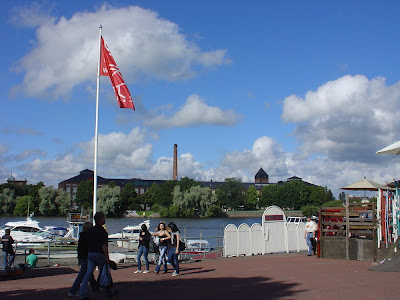 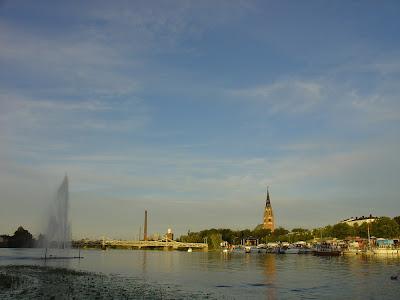 This is the church that you can also see from the above picture: 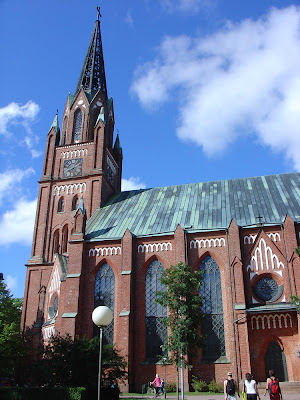 After the concert was over at around 9.40 pm (by that time I was GLAD I brought two jackets with me since it got cooler and cooler as time went by), we walked back to the parking lot and again I took some pics: 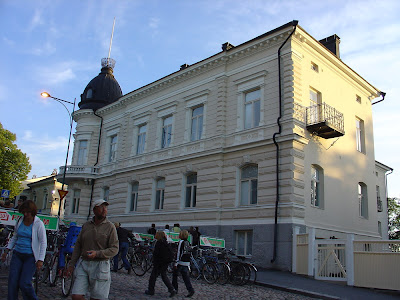 This picture is the continuation of the first one: 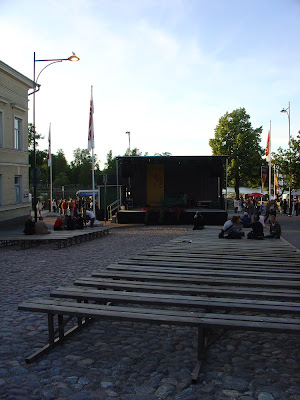 If I remember correctly, this is the City Hall or something ha ha ha ha... 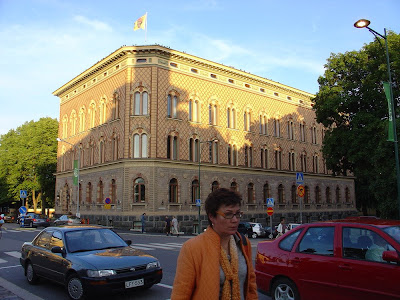 I don't know what building this is, but it looks interesting enough for me (the design, that is): 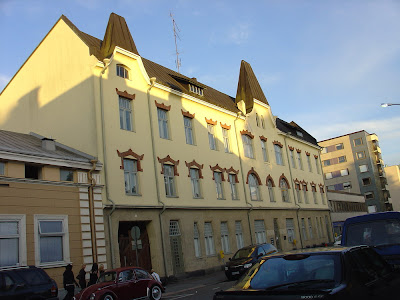 Okay, I'm going to blog-hop only tomorrow. I'm pretty tired right now and I need to relax. I'm going to continue later with the trip to Helsinki, OK? ;-D
Posted by Amel at 16:29